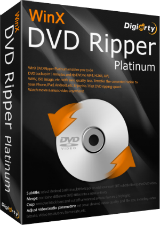 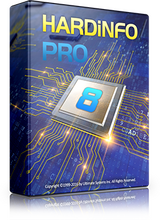 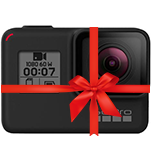 "DVD ripper" still matters if you have numerous new & old DVD Disc and would like to make a digital copy. To preserve high quality video with smaller file size, our best suggestion is to convert DVD to MP4. And here is the full guide about WinX DVD Ripper Platinum: https://www.winxdvd.com/help/how-to-use-dvd-ripper-platinum.htm

About This Giveaway, To Get License Code, Please:
1. Download this program from GOTD. Then unzip and install it.
2. Go to Digiarty official giveaway page: https://www.winxdvd.com/event/gotd.htm
3. Tap "Get Code" button, you can easily see license code.

If failed to unzip and install the file from GOTD, you can also re-download the setup file from Digiarty official website. To activate the full functions of this program, you need to input your valid email as Licensed Email and activate giveaway license ASAP. The giveaway version does not support free upgrade.

Feel free to contact support@winxdvd.com, if you have any problems on this program and sweepstakes.

I've been using WinX DVD Ripper Platinum v8.8.0.208 for a while, finding it stable and functional, only a few times where it can't copy, BUT it's not fast, often taking real-time or longer to copy, that is, taking an hour to copy a 1-hour video.

I have dozens of computers, and the VIDEO card seems to be the determinant of speed, where my slower computers with sophisticated video cards record a dic faster than my faster computers that have pedestrian video cards, that is, a 2800 MHz x2 PC with a super video card records as much as 70 frames per second, and a 3800 MHz x4 with a default system-board integrated shared-memory video chip records as low as 28 frames per second -- it's the video card that does most of the work.

I do have to clean and de-scratch and polish library discs by hand ( no device I've found beats plastic polish that is rubbed with a fingertip, though a fibre-polishing-wheel on a low speed Dremel has helped smooth deep scratches for me ), and there is a significant difference in recording times between a scratched disc and a polished disc, I use Novus 1 2 3 kit plastic polish in 3, 2, 1 order, and occasionally use MeGuiar's airplane windshield polish on really bad discs and let them sit overnight to soften, then apply the Novus routine, then record -- you're welcome, fellow library disc borrowers who watch after I've cleaned a disc!
__________

What I would like to see added is SUBTITLE CONTROLS, where

( a ) all language subtitles to be available in the one video file but not permanently on screen
( b ) save subtitles as separate files
( c ) incorporate external subtitles from elsewhere, even web-search to find them, and incorporated into the main video file so they can be toggled on and off while watching,
( d ) clearly identify if subtitles will be hard-written on screen or made available as toggleable on and off during playback when watching the subsequent video file.

ONE WARNING only, please -- it pops up and warns about adding additional tracks that it did not auto-included on copy-protected discs, but I want the promo trailers to other movies, and so I have to answer the prompts for every single track that I add manually -- one "yeah, I know" response would be preferable, then stop interrupting me with reminders.

IDENTIFY REDUNDANT TRACKS, SHOW QUS A TABLE OF CONTENTS, not just a numbered track listing -- I'd like it to more intelligently advise when there are redundant episode presentations, such as when there's a 90 minute track that's actually the other two 45 minute tracks combined, or even the same track is duplicated more than once on the disc ( does anyone know why ? ), that is, the disc's [ Play ] menu probably has a "watch all episodes" options versus a "select episodes" option, but in WinX DVD, we don't see the play menu, we only see a list of tracks without an intelligent table of contents ... maybe what I'm asking for is an intelligent table of contents that's informed by the disc's [ Play ] menu on=screen choices.

IMPROVE SOUND AND VIDEO -- it would be nice if it offered to normalize and compress volume, and offered to enhance and "auto-expose" video, even offering to stabilize video, so we don't have to then pass the file through multiple subsequent fixers ... though I appreciate we can do some of this in realtime in many PC video players, we can't so easily fix these behaviors in portable players, phones, tablets, and so on.
__________

I've stopped using Leawo versions 5 and 7, which had been my go-to disc recorders, which, by comparison, I now find version 7 too complicated and step-heavy, and version 5 unable to overcome copy protection schemes -- WinX DVD is a few steps quicker to get started recording, and invariably finds the right track hidden in most copy protected discs ... though I once had to use WinX DVD to find the right track ( like track 69 out of 100 ! ), then go to Leawo to do the actual recording, because I was trying to match on-screen subtitles across all episode of a TV series that I had started recording with Leawo, and I wanted the set to appear the same end to end -- they're all just tools.
__________

Thanks for letting us test and give feedback for subsequent improvements.
.

Got version 8.8.0 as a giveawayoftheday offer in April this year. Used it once or twice, seemed OK but slow-ish. Tried to see if it worked better last month with a new video card installed, but it had mysteriously de-registered. Said it wasn't licensed. Asked me for the original activation details (which I still had) but when I complied, still said it was no longer functional and that I was using a Trial Version only. I had never attempted to update it during its 5 months on my computer.

I have no objection to time-limited trial software, but I do object to software that is time-limited without me being told of that. I only rip the occasional DVD so hadn't used this software enough in the 5 months I had it to decide if I wished to buy. Its vanishing act did not impress.

It seems that Digiarity assumes that everyone has MS Word. I do not. When I tried to get the code, I was prompted to purchase Word. I guess the code is in a docx file. Is there any other way I can obtain the code without MS Word?

Just install libre office. It's free and can open and save in office formats.

I'm a little bit confused. On the digiarty website, where one can get the zip-file with the gaotd license-code I read:

"Free update" disabled
--> This is o.k., because it's part of the gaotd terms

"New features" disabled
--> what is highly confusing, because it doesn't fit with the promise of "Full features" given above

So what now? Is this the fully functional version 8.8.1 or is it crippled?

Spikes Are the Enemy
With 10 lives to spare navigate through over 80 levels of varying difficulty and avoid those spikes.
$0.99 ➞ gratuit astăzi

Lophis Roguelike:Card RPG game
We fused card games and roguelikes together to make the best single player deckbuilder we could.
$0.99 ➞ gratuit astăzi