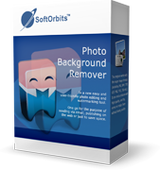 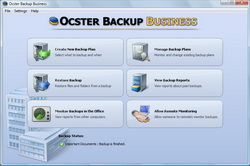 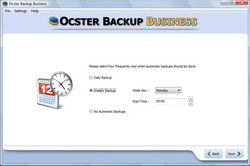 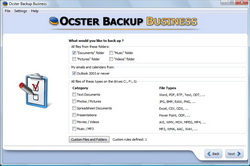 IObit Advanced SystemCare
Heal up your system and speed up your PC with the help of 25.

Regarding the questions below:

1) Business Use (OutEarth): Yes, we made a special exception. This version can also be used commercially.

2) Missing key code (Sloand): Please check your Junk/Spam email folder. The email may have been mistakenly categorized as a Junk mail. If the email is definitely not there then it might have been blocked or something else went wrong. Please contact us on http://www.ocster.com/contact and we will send you your key code as quickly as possible.

Thanks for the opportunity to evaluate this program . . .

One question . . . according to the GAOTD Terms and conditions, the program is limited to "Strictly personal usage" . . . yet this is a "Business" version. In this case, are the normal terms and conditions relaxed?

Thanks for any clarification.

Not to be too critical but what makes this software worth $49? Many Free solutions have many more features and do a better job of backing up. SyncToy even has incremental backups that take half the time your program does. Also what good is the backup if you can not view it? I will not be using this software as I have no purpose for it. If I back up to a NAS how will anyone else on my network access the backed up files? Also the size of my original documents folder was 1,462,218,497 bytes and the backed up folder is 1961 kb's. That sure does not look like this file was compressed. Acronis disk imaging software does a much better job and has way more features and tools for the same price. I really do not see any value to this software.

Ocster is a company out of Germany that makes/sells more than backup software -- when you give them your email address to register for a serial number or key, the web page says you're signing up for their newsletters... in my experience they're not super aggressive, but you will get some emails -- you can always opt out after the fact, use a throwaway address etc. I'm embarrassed to say that Ocster's warnings about their email being treated as spam are accurate -- I just received a marketing email from them this morning, so I assumed their registration email likewise wouldn't go into the Junk folder, but it did... You receive a link, & when you visit that page it displays your serial number/key.

Ocster Backup Business I think could be good for home networks, *small* biz, & individual users who tend to be less tech oriented -- if simple, easy to use, wizard-type interfaces make you cringe & wish for more controls, you probably won't like it. If you've got a more sophisticated biz network, I don't imagine IT would be using it because the critical stuff you'd backup with today's GOTD probably isn't saved to your local hard drive anyway [it's too risky in all sorts of ways]. What Ocster Backup Business does is backup files & folders you choose, on a schedule, though you can select "No Automatic Backups" &/or activate any of the backup jobs you create on demand. Each backup job can be set to run Daily or weekly, but as I *think* was pointed out last time it was on GOTD, to run a backup more than once a day you'd have to either do it manually or add however many jobs. Backup jobs can consist of any files/folders you specify, or any types of files you specify based on the file name extension [e.g. .doc] -- there are several categories already provided, both folders [My Docs etc.] & files [Photos \ Pictures, Music etc.]. You can also choose to use encryption, & specify the kind of file compression to use [none, Zlib, & 3 levels of LZMA]. And once it's installed on a PC/laptop, that copy can be set to accept connections from another PC, so that you can run a backup remotely from another system on your network.

One thing Ocster Backup Business has that's pretty handy is the ability to throttle itself -- it pauses, lowering the amount of resources it uses when another app(s) hogging the CPU. Backing up regularly requires a bit of discipline, especially if you have to stop using the PC when a backup's running. You put backups on a schedule so they won't be put off, but you can't always know when a PC/laptop is going to be very busy. If you turn Pausing on, Ocster Backup Business will stay in the background, having a minimal impact on whatever your hardware's doing, automatically accelerating to full speed ahead if/when conditions permit. When you use file compression files are stored in a format you can't access without using the backup app -- Restore shows you a list of folders, you *drill down* by double clicking them, you select what you want to restore, & where you want to put the restored files. Ocster would like you to buy on-line storage from them, & if you have low upload speeds [like with many cable ISPs] & want to use on-line storage, not having to bother with moving archives on-line, letting their backup app handle it in the background may be worth it to you.

Installation may or may not have a lot of impact on Windows, depending on if it chooses to install the Microsoft Visual C++ 2008 Redistributable or not. With it you've got a lot of registry entries, files, folders, & code added, including some .NET involvement. [If you look in Windows\WinSxS you'll likely see several folders with VC80 & VC90 -- just because a program already installed one, doesn't mean you won't get another that looks like the very same thing.] With or without the Microsoft runtimes you'll get the "_ocster_backup_" folder under Docs & Settings (XP) or Users (7) that looks like a mirror of your User folder. You'll also get an Ocster Backup folder under All Users, plus the program's folder, at ~20MB with 190 files, 12 folders. After installation the app's set to start with Windows, & there's a new service that automatically starts as well. Program registry entries aren't bad -- it's the Visual C++ stuff that's mainly responsible for the 3k+ adds.

My guess is that A lot of competition for Ocster Backup Business comes from the new Live apps Microsoft just released -- their on-line syncing, storage, & optional sharing is Much expanded in this version, with integration between apps (& Office), on-line free versions of Office, and free storage. Neither will replace disk image backups done with software like that from Paragon or Acronis, but then your software (including Windows) doesn't change daily, so backing up/syncing docs & projects & emails etc. can be a big part of your backup strategy too.

#4: "Can the software do a clone backup? If clone machine is totally destroyed by virus can it restore the clone?"

No -- you need disk image backup software for that. Also, FWIW, when/if you're looking for or at backup software, a *clone* is a duplicate of the drive/partition as you'd expect, but any backup disk image should be compressed, i.e. Not a clone. I mention it because more than just semantics, if you look for cloning software it may not backup, & vice versa.

"Does the software create its own boot disk based on the OS of the clone machine, NT, Vista, W7…."

AFAIK nothing does... there's no need. Compatibility with any version of Windows only matters when it comes to installing/running the backup app. When you boot from a boot disc/USB device etc., you're running whatever OS you just booted into, & that's the only compatibility you have to worry about. The backup disk image you're about to restore is just a bunch of 1's & 0's that your current OS doesn't have to understand -- all it has to do is be able to run the restore app. E.G. I backup/restore 7 64 from XP Pro 32 all the time, & XP Pro 32 can't read any 64 bit files.

In a small biz &/or many home setups, accessing archived files without the app isn't always a big concern. Personally I agree that it's important to *me*, but my wife would be the 1st to disagree -- if she can access the backups just fine using Ocster Backup Biz, *Why* would she want to even try using something else? From her perspective it would be pointless.

#11: "Can Backups be uncompressed and accessed via windows explorer?"

If compressed &/or encrypted, no.

#15: "The best cloning software I have seen is Macrium Reflect – totally free, fast, and works better than Ghost or Adonis."

Nothing wrong with any of the 3 mentioned, or Paragon that wasn't, but Acronis, Paragon, & what may be the original disk image backup app, Ghost, all focus on creating a disk image and storing it somewhere else -- Macrium Reflect is designed more as a safety net rather than an app to work with disk images. OTOH if you just want to make sure your emails and/or the docs you're working on are safe, backed up however often, that's what Ocster Backup Business is designed for.

Working file by file is always relatively slow. Windows slows it down, AV software slows it down (sometimes considerably), & if you're not storing the archives on an internal hard drive, data transfer can be awfully slow. That's why I do a lot of backup disk images when I just need a small portion of the drive/partition actually archived -- it's quicker. And Ocster Backup Business (&/or Paragon's System Backup) are designed to work in the background while you work, so staying unnoticed was their design priority, rather than speed. If you're more *Hands-On* it can drive you nuts, at least until you get used to letting the software do it's thing in its own time. ;-)

iAR - Augmented reality player
Use this APP to virtualize a player similar to a TV.
$1.99 ➞ gratuit astăzi

Czech-Russian dictionary
It’s the best dictionary for travelers, students, teachers and for all people who want to learn Czech and Russian.
$0.99 ➞ gratuit astăzi

Q-Limits
This App was created to make your trip easier.
$4.99 ➞ gratuit astăzi

Mobile Doc Scanner (MDScan) + OCR
Take a picture with your camera, edit it using the many enhancing features, save into a preferred format and share.
$4.99 ➞ gratuit astăzi