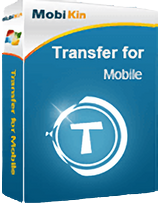 Well this is a pleasant treat this morning. When you download the zip file and extract it, there is no key code, it is a Registry key file.you have to double click and install the key.
This is one of the better video converters on the market right now. packed with features,smooth running and very user friendly.
The interface is very eye appealing. Now for the guts of the program...

built in effects: adjust brightness/contrast/saturation
water mark with a image or text/add subtitle

You can also trim your video to the size you want.
Drag and drop is supported which is great.
It also features NVIDIA GPU ACCELERATION for faster conversion.(very fast)
You can merge a number of small files in to one large one with seamless editing.

You are able to load files from a device or right from your HD.
Out put support is for HD VIDEO/ONLINE VIDEO/APPLE PORTABLE DEVICES/
HTC PORTABLE DEVICES AND MOTOROLA DEVICES.

but most importantly a help file even though it is online.here is the link for the help file: http://support.daniusoft.com/index.php?module=default&submod=help&method=show&product_num=100423&version=

If you know WONDERSHARE products then you know what kind of quality you get in their software.
Well i hope this helped some people. this is a very good converter so try not to pass this one up. you wont be disappointed.
Thank you GOTD and DANIUSOFT for this great giveaway.

1st off don't be confused by the name, Daniusoft MOD Converter -- this is a regular video converter that also accepts MOD video files as input. [You're probably used to hearing that .avi (or .mkv, Windows' Media Center, Quicktime etc.) is just a container that holds video. Well MOD is one type of container for mpg2.] There are lots of good things to say about today's GOTD, but unfortunately 2 bad comments as well -- it includes/installs the Xvid codec along with AC3 filter... the Xvid part isn't too bad, at most probably meaning you *might* want to re-install Xvid to make sure you have the latest version [the file itself doesn't give a version #], *If* you have it already installed. The AC3 filter OTOH is potentially more serious... in a nutshell it can give you compatibility problems, & normally comes with an applet to better control it's features & integration within Windows. Since you don't get that applet with Daniusoft MOD Converter, the risk of problems increases. RE: MOD files, ffmpeg includes support, & while I don't see anything wrong with using Daniusoft MOD Converter [beyond those 2 potential problems], you shouldn't have any trouble finding alternatives.

Daniusoft MOD Converter is a nice, polished converter that comes with the MainConcept encoder & a decent selection of input/output formats. It doesn't *read* DVDs, but does take the .VOB files containing video on a DVD [the free DVD shrink can copy the title from an unencrypted DVD to a folder on your hard drive with just a single .VOB file, making things easier]. It also has an option to "Load Files from Device..." [i.e. a camera]. For output there are a couple of nice touches -- you can turn off formats you don't use, so selecting a profile is quicker/easier, & profiles for hand-held devices like your cell, include a picture to make identification quicker. You can customize output profiles, including typing in new frame sizes -- something you might need as the DroidX profile for example is off. Unfortunately you can't edit all the settings so freely -- for HD you might want/need fps &/or bps not listed. It would also be nice to have your choice of AAC, MP3, AC3 etc audio with more profiles [your cell might be restricted to what it can play, but why restrict video headed for your PC?]. Preferences include an option for CUDA -- video card/chip hardware assist if you have compatible/capable nVidia hardware. [nVidia graphics hardware has a minority market share, & not all of their hardware supports CUDA &/or will make a difference. Actually truth is I don't know whether to be puzzled or insulted, since AMD/ATI has had their Stream out longer & it's been included in Cyberlink & Roxio apps for years.]

Under Preferences you'll also set whether to keep just the last version of a converted file -- handy but it can mess you up if you're unaware of this & making different versions on purpose, e.g. one for your cell, one for a MP3 player etc. You also set the temp folder, # of CPU cores to use, & processing sequence if you have more than one file to convert. You can merge separate video files with a checkbox or through the Edit menu, while the trimming window is separate from the tabbed editing window -- not problems, it just might throw a few people who aren't used to this *slightly* unusual arrangement. The trimming window [Scissors button] is where you cut off the beginning &/or end of the clip. The editing window has tabs for Crop [where you also set the aspect ratio], Effect [brightness, contrast, emboss etc.], Watermark [add text *Or* image], & Subtitle [import text-based sub files .srt, .ass, & .ssa].

Installation as noted adds Xvid.ax & ac3filter.ax to the system folder, along with iconv.dll & WSContextMenu.dll -- registering those files accounts for the bulk of the roughly 190 registry adds... you also get an uninstall key, 2 for the app, & 2 more when you run Activate.exe. The app itself takes up ~67 MB in the program's folder with 204 files, 11 folders -- you also get Start Menu shortcuts & a folder under My Documents.

Provided you don't mind backing up in case you have problems with AC3 Filter, &/or don't mind installing the full AC3 filter package to maybe fix compatibility issues, Daniusoft MOD Converter is a good app. OTOH it isn't unique, doesn't offer you something you can't find elsewhere, so if potential AC3 issues bother you, don't feel badly about passing up this GOTD.

#5: "“wondershare” software and features look promising. don’t know why this is rated so low!..."

Purely FWIW, you can read complaints & such on-line that the authors don't give what many consider proper credit to free-ware &/or open source developers when they incorporate their code & ideas. I think in some circles that's led to a generic sort of bias, with some people blindly accusing developers they think are Chinese of being thieves. Needless to say many will black-list companies like Wondershare/Daniusoft, & especially their video-related apps at every opportunity.

#6: "And MOD, always thought MOD was a kind of sound file from screamtracker etc."

;-) Google/Bing if you're interested [wikipedia isn't too bad], but if you don't know what a MOD video file is, you likely don't need to know either. ;-)

#9: "Program is very easy to use and dispite it not being a true 64 bit application it is very fast."

I think you'll find most 64 bit video apps are slower than their 32 bit counterparts (if/when they'll work) because most all the video related code out there in use today is 32 bit -- there's *very* little truly 64 bit optimized.

#11: "Converting (JVC) camcorder mod files to MPG only needs a rename of the file type And any batch renamer or dos command line will do that."

True, but the main problems I've seen posted are the MOD files have their aspect ratio in a separate file, & simply renaming files reportedly leads to lower quality results. That said, if all you wanted was to put your original video in another container [with no re-sizing or transcoding], you wouldn't want to use something like today's MOD Converter anyway, since that's not what it's deigned for.

Looks like this might be a good program, but again it is a watered down teaser designed to SELL you the "Pro" version.

The first thing that comes up when you install it is not the program, but an invitation to purchase the better quality version of their product (at a reduced price for GAOTD users, of course).

I luv ya, GAOTD, and appreciate all the really good stuff you offer, but it looks like more and more the site is becoming a distributor of teaser-ware rather than offering "not a trial, not a limited version – but a registered and legal version of the software will be free for our visitors" (as per the "About" page).

GoMusic - Video player
Watch the world's videos and enjoy your favorite music with your friends with the best Youtube app for iOS!
$2.99 ➞ gratuit astăzi

The Great Tea App
Immerse yourself in the tea world, and make your daily tea time better!
$4.99 ➞ gratuit astăzi

Régulateur
Régulateur includes several features that make it a great tool for while setting your watch or clock.
$0.99 ➞ gratuit astăzi

Relaxify Pro
Relax and sleep better with a variety of relaxing sounds, which you can mix to your liking.
$0.49 ➞ gratuit astăzi

Word Mania - Brainy Word Games
Word mania is a game of words. It contains seven mini word games and over 7000 word puzzles to boost up your brain.
$6.49 ➞ gratuit astăzi