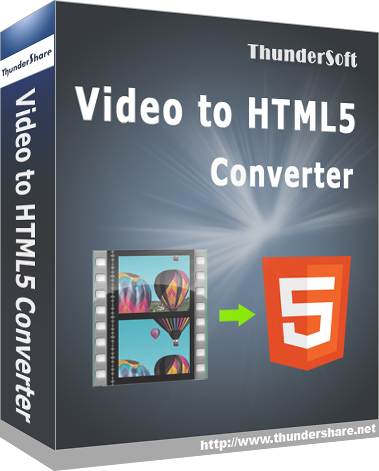 * BDlot DVD ISO Master
Terrific FREE utility which helps you backup ANY protected DVD to a cross-platform ISO image 1:1 copy, compatible with Windows, Mac OS X, Linux, BSD, and Unix, without any remarkable video or audio quality loss. Then, once you have created the ISO IMAGE, you can easily burn it to a DVD/CD/Blu-ray disc at high speed, or play it by the majority of media players out there (PotPlayer, VLC, Mplayer, DAPlayer etc…), or better yet watch it on a virtual disk drive after mounting the image over it using a FREE DVD ISO mounter like “Gizmo Drive”. As far as I’m concerned it’s the only FREEWARE able to unlock DVD region codes and defeat ALL those bloody copy protection and well-known damn restrictions which make a DVD copy pretty much impossible, such as CSS, CPRM, CPPM, APS, UOPs, ARccOS, Rip-Guard, and Disney X protection. And with this magic FREE tool you can forget quality loss due to burning errors once and for all, since it also sports an unique “Error Proofing Technology” designed ensure to the integrity and sequence of DVD data after burning.

* (Portable) Bluray Decrypter 2.1.00
It removes any copy protection from Blu-rays (AACS) so that you can copy your blu-ray movies to your HD without losing quality.
Can also keep the Blu-ray folder structure, original 1080p video, original menu, as well as the original audio/subtitle tracks.

* Blu-ray Disc Ripper
Can copy, decrypt and backup Blu-ray Discs from the original disc, your PC HD and even from a disc image mounted in a virtual drive without any hassle.

* BluRip
Can convert BluRay movies to MKV with a single mouse click!!

* DAPlayer
Breakthrough Blu-ray DVD HD videos playback for playing high-definition videos, like Bluray, AVCHD, TS, MKV, MPEG4, H264 video formats. Supports any commercial and homemade Bluray multi-track video/audio and subtitles, and can also be used to decrypt and backup blu-ray movies (compatible with BD+ and AACS protected Bluray) so as to play them from your hard disk and even from your virtual driver.

Then to convert the ripped blu-ray video into any other format you like:

As usual a ridiculous amount of THUMBS UP in a blink of an eye but NO MENTION about HOW MANY DRM PROTECTIONS THIS TOOL IS ABLE TO BYPASS and WHAT IS NEW IN THIS VERSION.

Besides that, it looks like this GAOTD is just the STANDARD and extremely LIMITED version of the main program.

Moreover, their site has been blocked by my security software (WEBROOT SecureAnywhere) because containing malicious code.

So how can I trust a company like this (based in CHINA, right???) which:

- do NOT tell us anything about the crucial features of their programs (such as, in this case, which kind of DRM protections can bypass)

Why the heck did you cut this part of my comment?

Please read this guide if you are not sure how to register the software. Installation Guide:
Step 1. Download Zip package from GOTD
Step 2. Unzip the Package and run setup.exe to install the software.
Step 3. Open “read me” txt, use the registration code to register it.
Learn more information about the software, please visit the pages:
http://www.aiseesoft.com/blu-ray-ripper.html

Installed on my Old Desktop with Windows 7 and Sony Blu-ray Drive. Try to rip one of my blu-ray movies, All the Right Moves. Just pick one chapter to test with the "HD H.264/MPEG-4 AVC Video (*.mp4)" profile and default settings, 1920*1080 resolution, 8000kbps video bitrate, 44100Hz sample rate and 5.1 channels. A 5mins movie takes 6mins to rip and give me a 290MB video file with HD video/audio effect. Works great from my understanding. I use the CUDA hardware acceleration which is provided by it.
General speaking, it is a nice software to have if you need rip your blu-ray, dvd a lot. I will keep it on my desktop definitely.
Thank you very much GOTD and Aiseesoft

Just a guess... some Blu-Ray rippers/copiers/converters add a hacked Blu-Ray driver to XP since it can't originally read the disc format. There are also a couple of Windows updates, which you likely already have installed since you have a BD drive, and any Blu-Ray player software that came with your drive might have added some files &/or drivers along the same lines for Blu-Ray compatibility in XP. *IF* today's GOTD added that driver or any Microsoft updates to your installed copy of XP that might be somewhere to look & hopefully get your rig working again.

#8: "Blu-Ray ripping. Why would you do that? Perhaps because Blu-Ray is obsolete and you want to keep those huge files on your computer? Blockbuster went bust because it oversubscribed to Blu-Ray."

Blu-Ray does have its problems, mostly caused by excessive DRM IMHO, but it's also your only source for good quality, high bit rate 1080p video. Of course you can watch HD video via cable or satellite, but the bit rate for a movie there is lower than on a good quality DVD. You can record that HD video using a box or PCIe card, but only at 1080i, reducing the quality of an already low quality picture. Then there's always on-line streaming, which also has & uses a lower bit rate, and it very often doesn't include CC or subs. Recording that normally means screen capture, & you need a pretty capable rig to both play & screen cap HD video.

#10: "A pop up window in the application says that “cloud technology” is being employed to reduce CPU load during this process. I’m not sure what that entails but the files did load quickly (3 or 4 seconds)."

Likely getting directions on what files are needed, which is why these apps need to phone home [not always why they phone home, but why most need to :) ]. Part of the DRM often used involves lots of fake playlists & titles, sometimes 100+, and it can take some serious processing on your PC's part to figure things out, if it can -- assuming that work's already been done, & that info's stored on their server(s), it could speed things up considerably.

#13: "NO MENTION about HOW MANY DRM PROTECTIONS THIS TOOL IS ABLE TO BYPASS"

That's useless info -- do you know how many there are, seriously? 50, or 100, or 1000 etc. might sound good, but none of those numbers mean a thing if there's some new DRM on the disc you just bought, and new variations can appear weekly with the latest crop of new releases. What matters is if it works when you go to use it, & unfortunately that's something only your experience using Aiseesoft Blu-ray Ripper will tell you.

#14: "The prior version would start converting a disc well (this happens with all the BD rippers I’ve tried including Aieesoft, Tipard, Aurora). About 1/2 of the way in, the output starts to “tile” intermittently, making the file unusable at that point. I have 2 quad-core machines, both have 5gigs of ram. The laptop has an NVIDA graphics card. Both do the same thing. "

Something's amiss with your systems. If one or two apps didn't work that's one thing, but if every apps fails... Might try not using CUDA, might turn off apps & processes that you can, might turn off real time scanning for your security software etc... If none of that helps you might want to use Sysinternal's Process Explorer to see which files are being used, e.g. you might have some unneeded Direct Show files or codecs loaded eventually causing problems, if you've got a memory leak somewhere & so on.

If your target device [where you'll be watching the video] is a no-name tablet you picked up for $30-$40 on sale, using the average DVD as your original source might be overkill. If the tablet has a nicer display OTOH, & the video processing to use it, the lower quality of the average DVD will be apparent -- that's because it's not just about the frame size all DVD's use, but the quality of the original encoding, & the Hollywood studios for the most part keep that as low as possible... I think part of that is managing expectations, part of it is making conversions not worth it, & part of it is not caring, since they'd really rather you went to a theater to start with. Best thing is when you buy a Blu-Ray/DVD set, try both as source, try the 2 files on your device, & see if there's a difference.

That said, the new crop of Android tablets & Kindles includes some really nice HD displays, so any DVD might not be a good enough source from the get go.

#18: "Am I being paranoid if I wonder what, exactly they are doing with the information that goes up to “the cloud” while they’re supposedly speeding up the conversion process? Will the government be told..."

The company Real [Real Audio etc.] came out with a DVD converter after buying a license from the DVD folks, figuring that way it'd be legal -- the courts shut them down in a couple few days. Since then AFAIK not one western company has sold software that bypasses DRM. That means that when this sort of app phones home for info on bypassing DRM they're connecting to an overseas server. Once your connection leaves the US it's fair game for the NSA -- that's not to say they don't do anything in the US, but that they have no rules at all outside of it. According to some reports all traffic is grabbed, but only some fraction kept for analysis, because there's simply too much data to look at everything.

So is the US gov capable of finding out every movie disc you opened in Aiseesoft Blu-ray Ripper? From the info that's been released, Almost certainly. The question is if they'd bother looking for that sort of thing, & if they found it, would they do anything about it?

#20: "Must my pc computer have a blueray player inorder to use the BlueRay Ripper to rip the BlueRay DVD to my hard drive?"

Blu-Ray discs require a Blu-Ray drive to read them -- that's because of the UDF format they use -- you can burn Blu-Ray on a DVD with it's older UDF format, and any PC/laptop with a DVD drive can read it.

Studio Music Player DX
This simple and smart player takes headphones like EarPods, and many other models, to a completely new level!
$0.99 ➞ gratuit astăzi

Missile in a Watch
How long can you survive a deadly onslaught of homing missiles?
$0.99 ➞ gratuit astăzi

Time of silence
Throughout the game , the player will have to solve complex puzzles to get out of the mysterious house.
$0.99 ➞ gratuit astăzi

The Sound of Animals
Meet Peter and his monkey friend Baboo, in a magical adventure.
$2.99 ➞ gratuit astăzi